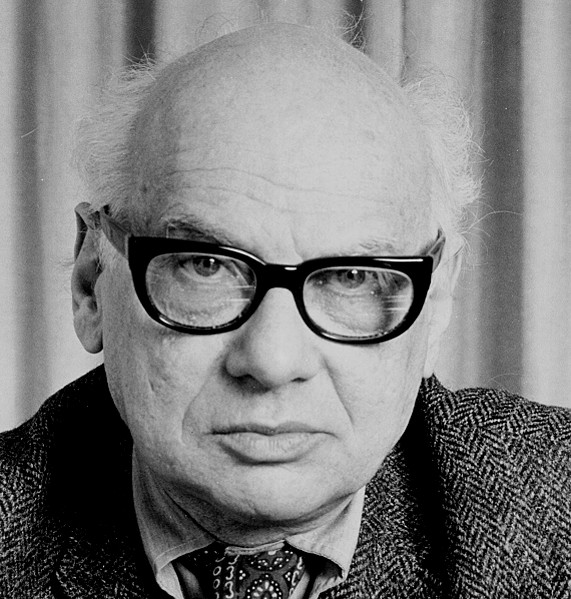 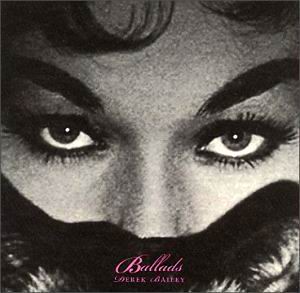 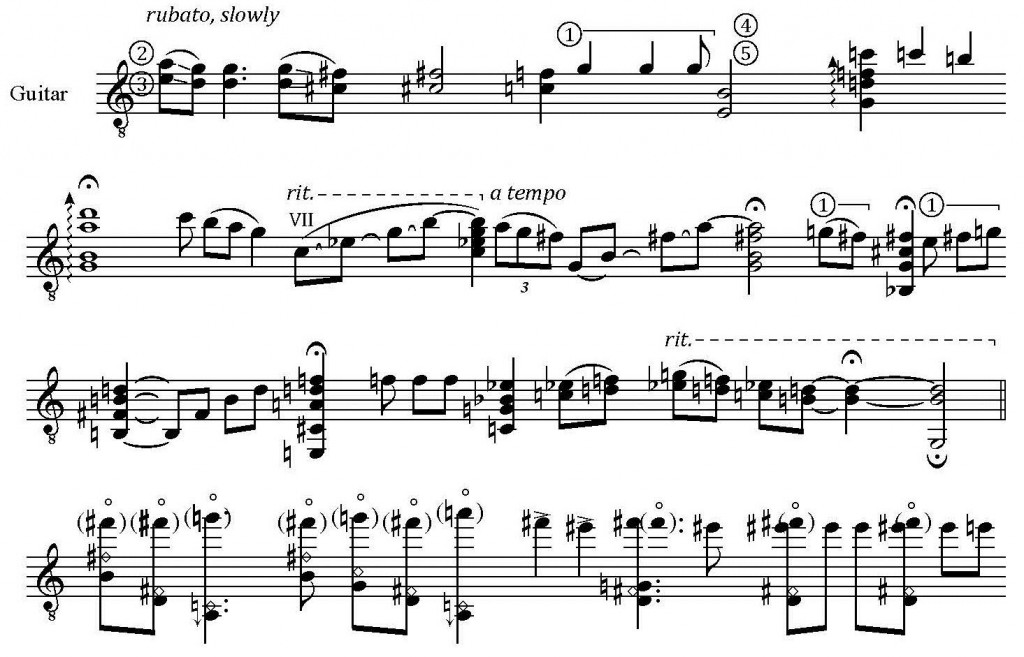 Example 2: hinge point from free section back into “Stella” changes 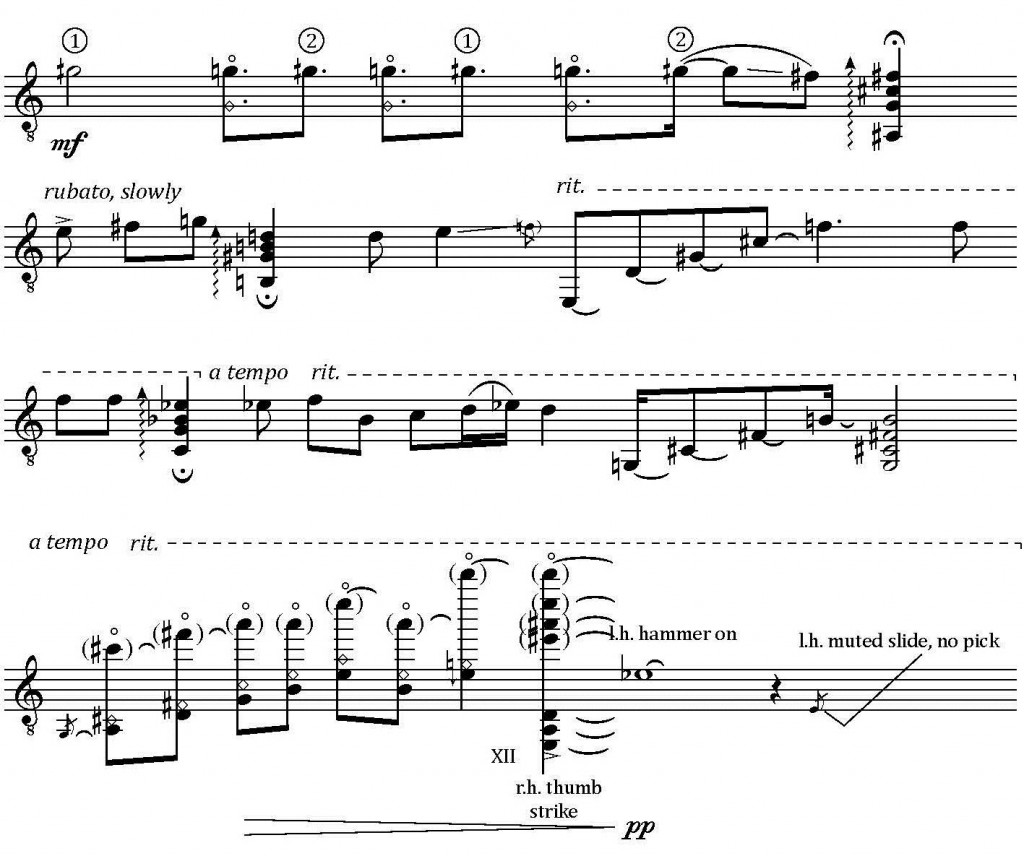 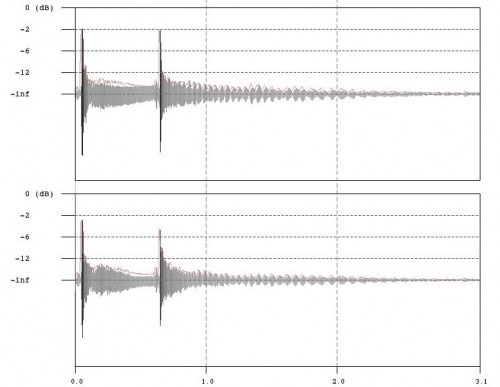 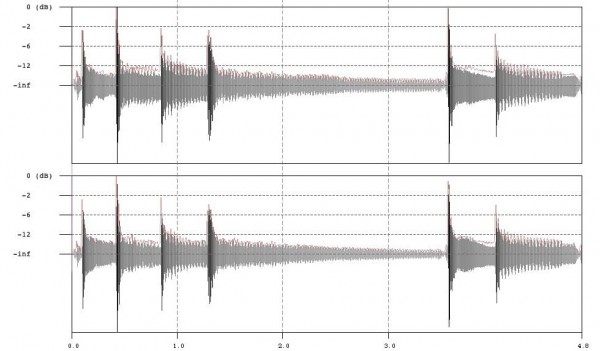 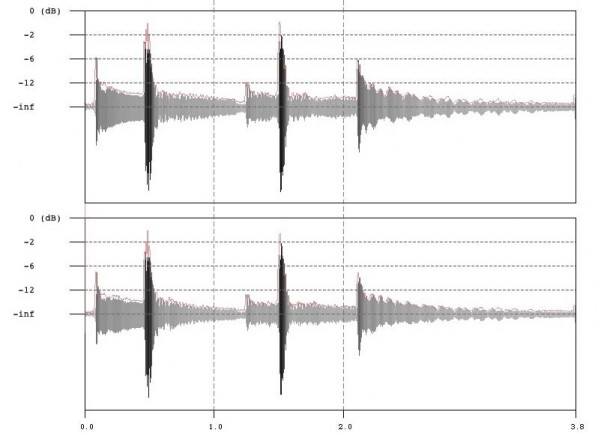 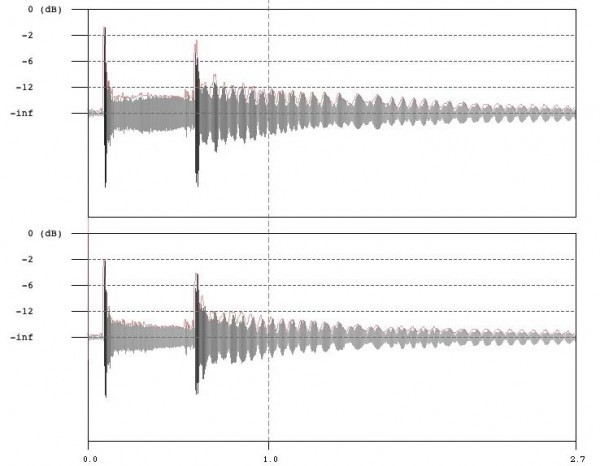 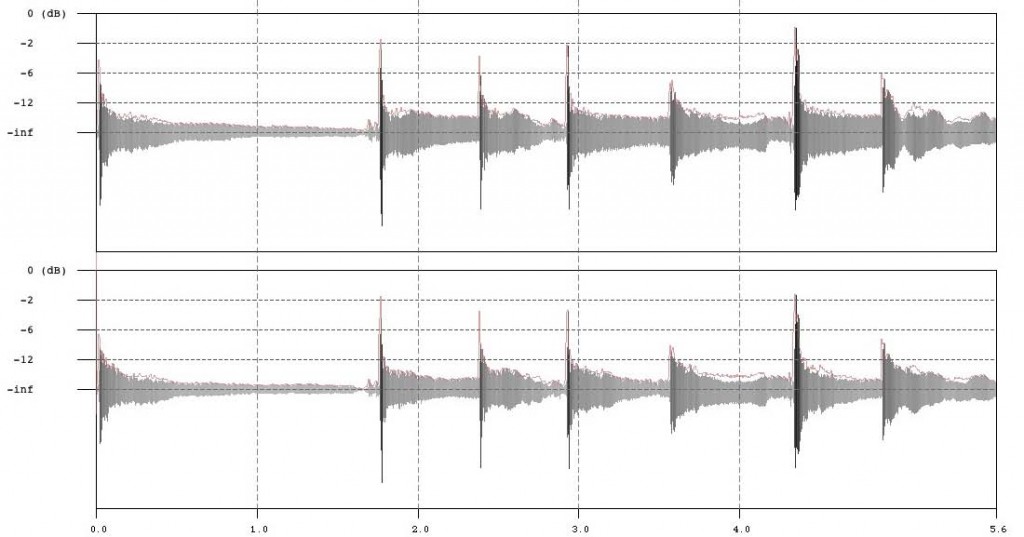 Analysis of dissonances (in beats per second)

(f1-f2 = beating in beats per second) For example, if there were two pitches sounding together, 440Hz and 480Hz, they would create a beating at 40 beats per second (bps). 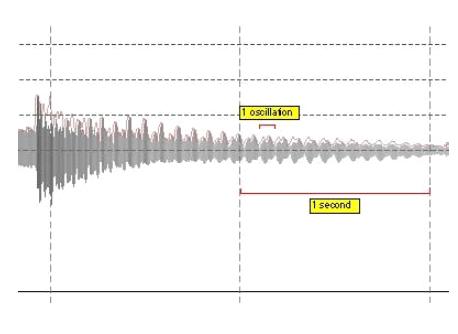 After executing this counting process on the motivic occurrences, we can see the following resulting beating patterns. 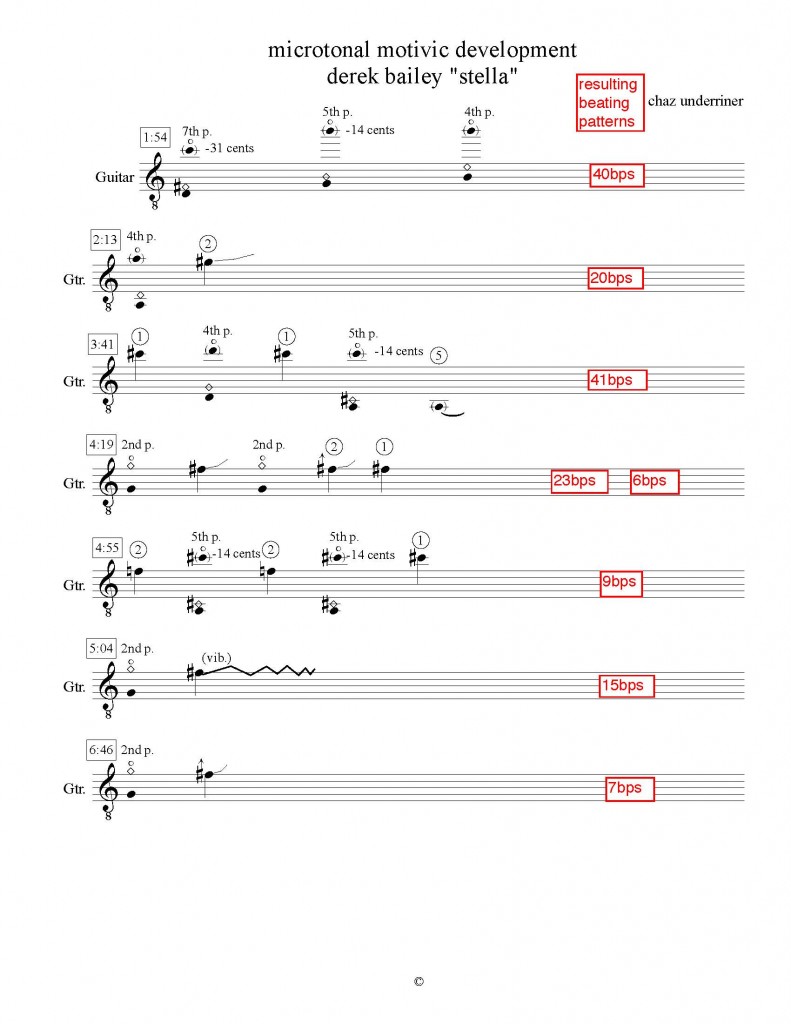 The following audio example consists of the 7 motivic occurrences in the recording of “Stella” next to a synthetic sine-wave representation of the resulting beating pattern with A400Hz as a reference point.

Furthermore, if we observe the synthetic representations without the original recording, the decreasing trajectory of the beating patterns becomes even more apparent. 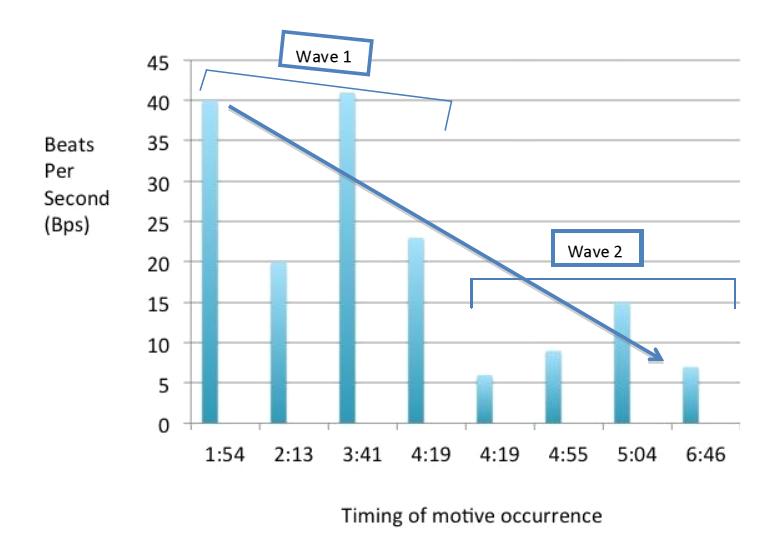 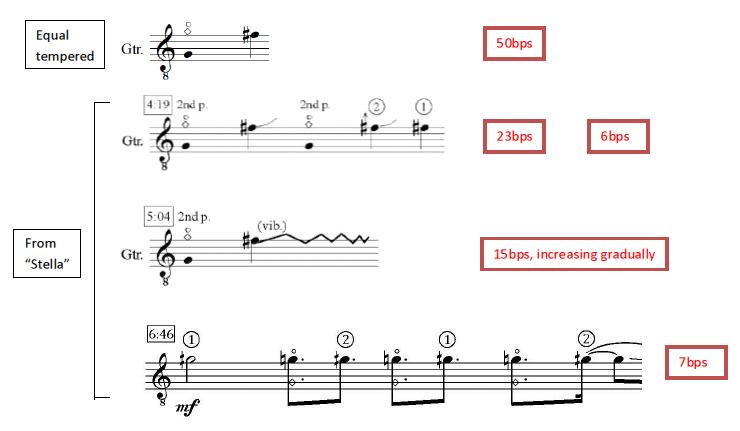