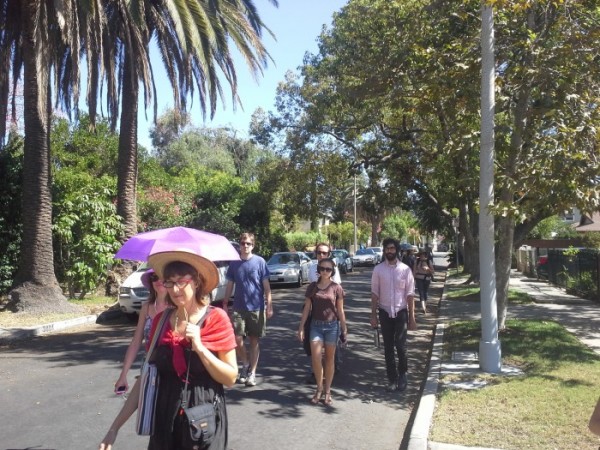 soundwalk to the LA river

A headphone piece to be listened to while walking to the Los Angeles river from Atwater Village. Featured on the Dog Star Orchestra concert series, Volume 8 (August 29 to September 9, 2012) as a part of the “At the Water, In the Village” concert curated by Colin Wambsgans.

Composed using a field recording of myself walking through my neighborhood in Denton, Texas as well as recordings of cicadas, bass sounds from a ship docked in Sweden, electric guitar with ebow, air conditioners and much more. If one listens to the piece while performing the prescribed walking route, you experience both the sounds of your own walking environment as well as the sounds of the environment in Denton, TX. Once the substantial pitched material emerges at the end, you are supposed to have arrived at the LA river so that you will hear a regular amount of traffic from “the 5” freeway nearby.